Hadestown is a poignant, collapse aware, attachment-focused, spiritually enlightening, music(al theatre) masterpiece.  All three available album versions are stunning: the folk opera of the wonderful Anais Mitchell, Justin Vernon (Bon Iver), and the one and only (idol of my adolescence) Ani Difranco is fantastic, and was my entry point into obsession with Hadestown.  But as Hadestown transitioned from a folk album to multiple tony-award winning Broadway Musical, we are lucky that the Original Cast made an album in *addition* to the official Broadway cast.  Three versions of the same story, same characters.  They all have their own flavor, their own slight twist on the themes.

Themes of hope and despair.  Of Insecure and Secure attachment.  Of collapse. Of the honorable harvest.  Of faith, and hopelessness.  Of oppression and inequality triggered by capitalism.  Of climate change.  Of the spiritual and physical realms (and how we can’t spiritually manifest when there is oppression in the physical realm).  Of Addiction. And of course, Mythology: Orpheus and Eurydice, Hades and Persephone.

Critical Note: The themes I free wrote above are topics in which I am not an expert, but I am an enthusiast and forever student.  I will try to provide the best information that I am aware of at the time of writing, but this blog is a process, quite literally my continued processing of art that has truly touched me and changed me for the better in ways I want to sit with and learn from.

Hadestown is a prophecy, telling the truth of this present moment.  It doesn’t shy away from the full magnitude of human emotion, and it does so in a way that leaves me feeling hopeful, enlivened, joyous, and energized every time I listen.

And dear reader, listen you must.  These posts are meant to be interactive so when I link a song, I hope you will take the time to listen.

The story begins with the “Road to Hell” and the sauciest intro to any musical.  The folk album does not include a version of this intro, but this song appears on both musical albums as a way to set the stage and introduce the characters.  We learn the setting is in “the world of gods and men,” and that this story we are about to experience is “an old song from way back when, we gonna sing it again,”  “a sad song, a tragedy, and we gonna sing it anyway.”

We learn of the “the fates,” who are to me *such* an interesting role because they are not “characters” in the traditional sense because the song tells us that they are “always singing in the back of your mind.”  They function as a sort of “inner critic” in addition to their role as enforcers of destiny.  (Again, any mythology knowledge on these characters beyond the scope of what is in the musical is beyond the scope of my writing at this time.)

We meet the narrator, Hermes the Messenger God, able to travel between the world of the living and the dead, a psychopomp who can “help you reach your final destination”– very fitting for him to be in the narrator role. 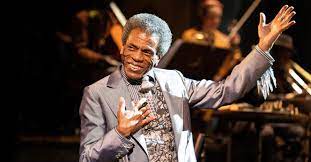 Hermes introduces us to Persephone, who travels on this train (“on the road to hell”), with a “suitcase full of summertime”– As the myth goes, Persephone’s return at the end of winter announces the arrival of spring, and likewise we learn in Act 2, she brings some intoxicants of springtime to make life more bearable for those in the underworld.

In the original cast version, all we learn about Orpheus is that he is a “young man on bended knee” evoking a vulnerability, and eagerness, perhaps even a desperation, which seems more evident in the Broadway version, that instead informs us that he is the son of a muse (who was also a friend of Hermes’) who is “working on a song” and that he was “touched by the gods themselves.”  (Which is an understandment, as we soon learn that Hermes is a godfather character to Orpheus). One lyrical thing that always struck me as odd while listening to the Broadway cast version is that Hermes announces Orpheus’ name twice (“Let’s give it up for Orpheus!! Orpheus.”) But I recently read (since I haven’t yet seen the musical) that we see in the stage blocking that Orpheus doesn’t hear Hermes introducing him, so Hermes needs to say his name again to get his attention. This shows just how wrapped up Orpheus can be in his passions and also serves as a foreshadowing device.

We also meet Hades, who lives “where the sun don’t shine, at the end of the line…he is the king of the mines.”

I also love that we are introduced to the ensemble, and we learn that the setting is “hard times in the world of men” (*ahem* you can SAY THAT AGAIN!).  But it is cool, there is a dance break, a joyous amping up of energy that this intro has to really set the stage.  It is also worth noting that throughout the musical, dance breaks only happen on, let’s just say, “this side” of the old railroad line.  The underworld of Hadestown is not a joyous place.  We also are briefly introduced to Eurydice as “A young girl looking for something to eat.”

And to be clear, this introduction is a great contrast between an upbeat song, rhythm you can’t help but sway to, and that sassy trombone throughout, that feels like a celebration, yet we are reminded time and time again: It’s a sad song, It’s a tragedy, We are gonna sing it anyway.  It’s an old tale from way back when and we are gonna sing it again.  The beauty of holding that contrast between lyrics invoking tragedy and music invoking joy, right from the start is absolutely breathtaking.

The Broadway version has Hermes adding: “Someone’s got to tell the tale, whether or not it turns out well, maybe it will turn out this time”  which I love that it has a hopefulness to it as well as the obligation to be a bearer of bad news, a singer of sad songs, that there is value in experiencing pain or disappointment.  The original version has Hermes end with “A love song that never dies, about someone who tries.”

This musical makes it clear from the intro song that the ending is not a happy one, but that there is a lesson in doing the hard thing, that sometimes we can only see the battle ahead, and even if “success” is futile, there is hope in trying.

Personal Reflections on Road to Hell

The open admission of how this story is a sad one, *and we are going to sing it anyway* is really quite profound, and the “maybe it *will* turn out this time” lends such a hopefulness that is hard to grasp in these times of collapse.

Where do I hold sadness in my body?

What would it take to actually allow myself to have a “somatic completion” by allowing myself to feel it, not resist it?

Perhaps it is by acknowledging where I am stuck in sadness that I will find the key to joy, that a life of happiness isn’t one where we choke our tears back, but we let them flow freely in grief and praise of a full life well-lived.

How might our world change if we didn’t resist the uneasy, quiet the sadness, and hold back from speaking hard truths?

What would it look like if we could dance while singing a sad song?